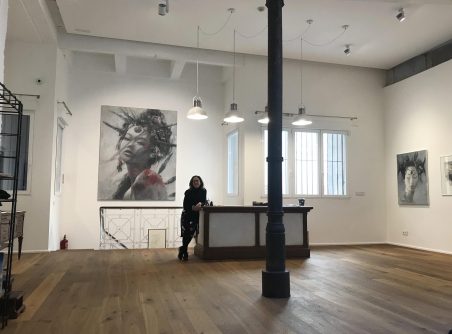 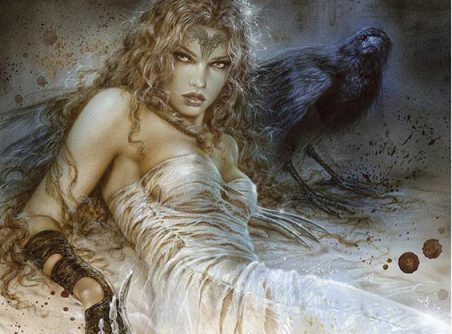 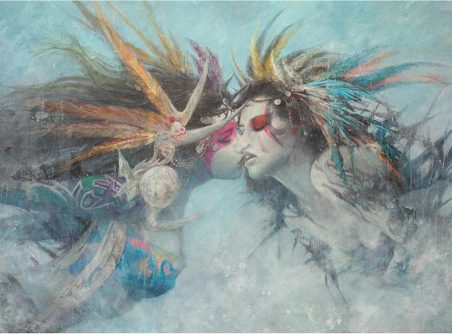 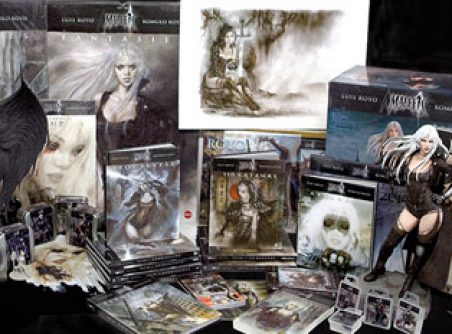 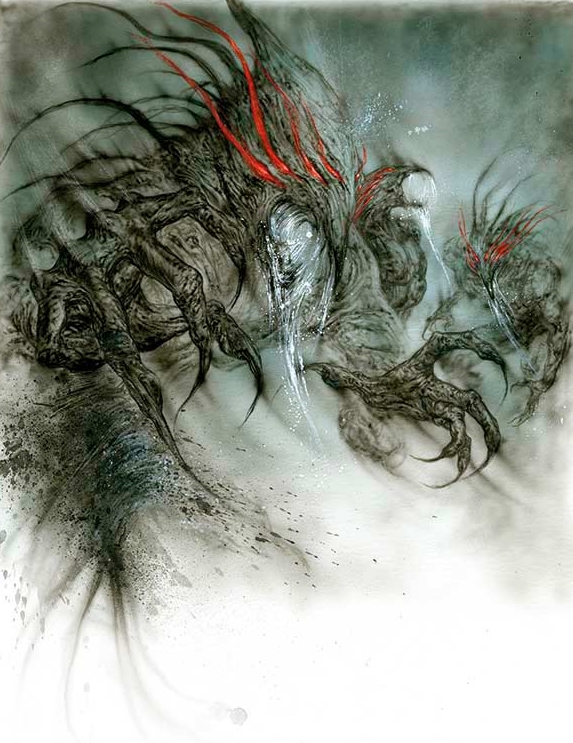 Malefic Time is a multidisciplinary project created by Luis Royo and Romulo Royo. It has a plot of apocalyptic thriller with a historical-mythological base and high doses of action with the fundamental piece beeing the anti heroin (Luz / Malefic) through whose search for identity the story develops.

Illustration books make up the core of the story. However the project has spreaded to other formats (manga, novels, RPG, audiovisual material such as music discs, and several shorts) this way opening a creative kaleidoscopic universe absolutely interconnected with each other. 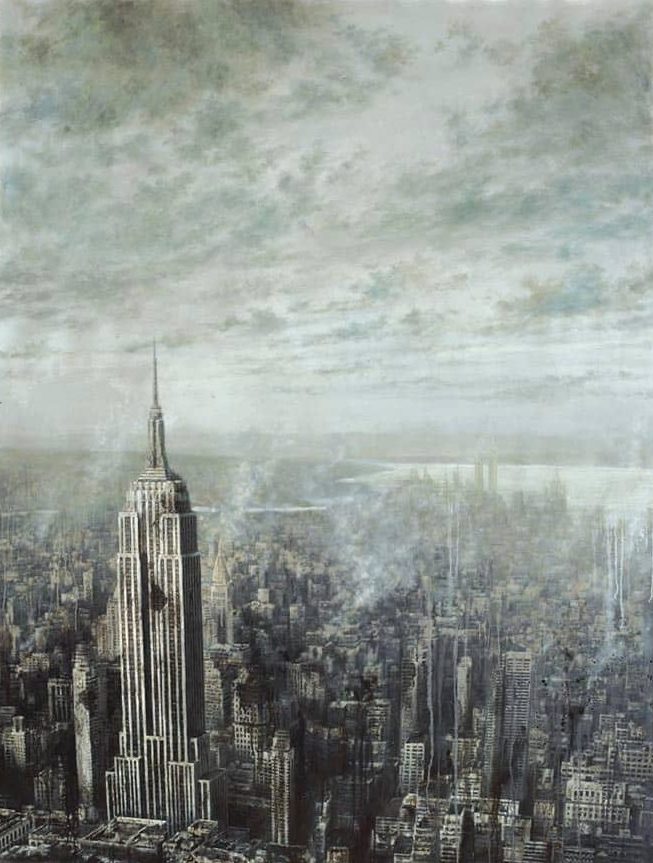 The narrative time is set in the year 2038. In that year the global society suffers extreme degradation, that begun decades earlier, which has led to its almost complete collapse. National and international structures no longer exist. From a global concept governments, media, market and social cohesion in the whole world are gone. In biblical terms this time is lived as the “Apocalypse”, World’s End. The end of the world has not been produced by an external threat, a cataclysm or anything foreign or uncontrollable by humanity but rather represents the failure of the current model of human existence.

From a mystical point of view this “Apocalypse” is interpreted as an announced fact. It answers to the end of the Age of Pisces, dominated by theocentrism, conflict, the outer, rigid rule over the individual; and the beginning of the Age of Aquarius, which should be characterized by individual spiritual elevation, the return to the insides and inner liberation of society through the recovery of natural values. That is, it is the collapse of a cycle and the beginning of another. In this way, this final moment has been guessed, prophesied, warned throughout history and as such has been found in many cultures, texts and philosophies.

There are some forces that have reemerged at this time of chaos and desolation and have turned the planet not only in their particular field of battle but also in their arable land. Both groups have specific interests in the immediate future of human society apart from settling their own ancestral differences. We can identify with the names of Celestial and Fallen.

Both groups represent a radically different vision of understanding existence, not only human, and the values on which the existence must be sustained. Both forces have intervened in the course of events in the history of human civilization throughout the ages and shall do so in this moment of utter catastrophe, if possible with far less subtlety than before. 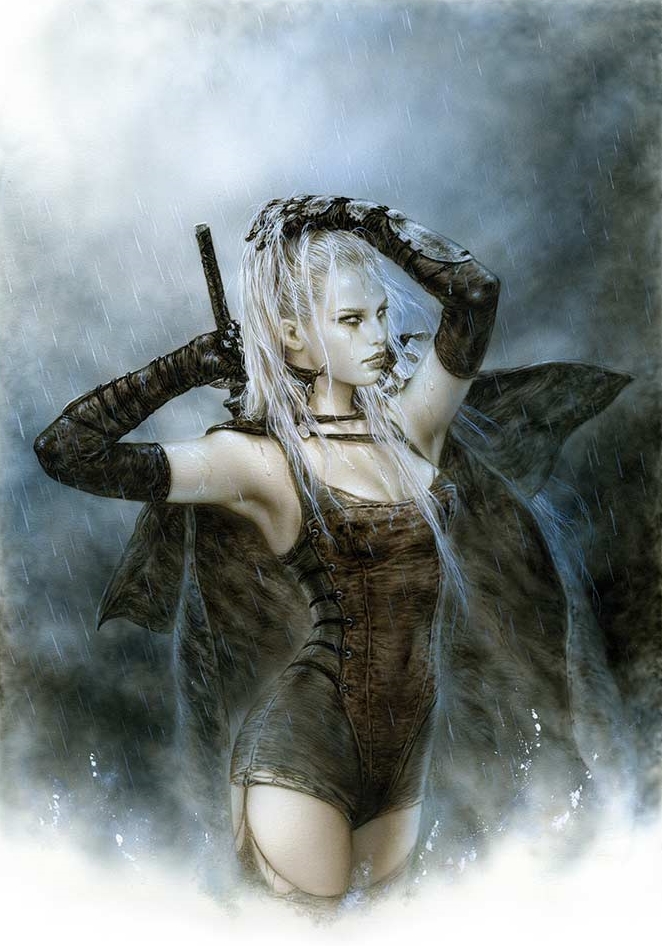 Luz is a figure difficult to forget, and for all we know it has been so since childhood. She has pale skin and white hair that draws attention from far away. As if to compensate, she wears dark, very functional clothes with high boots and gloves to protect her hands. She wears some kind of body or threadbare suit, very tight, which reveals shoulders and thighs. To cover all that she shows off she uses an old black hooded cloak. The truth is she very stealthy, and when she covers completely it’s difficult to distinguish in the shadows. If you still think she is a helpless little girl it’s because you have not seen her with a katana in hand. It’s fast, lethal and has an explosive nature. 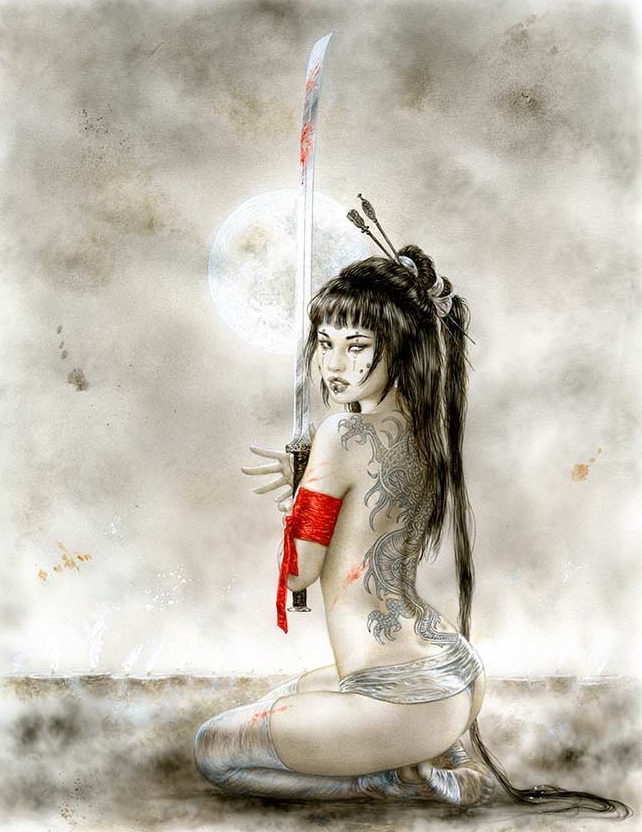 It’s hard to place Soum in the category of the lonelies because she came to New York specifically to link her fate with Luz, but as far as we know she spent long time alone by herself in Tokio. Before that she was a member of the sect Thirteen Moons or 110 Katanas. She was one of the best, a «chosen katana», the elite corps within the elite of sisters warriors. Soum left the brotherhood for lack of faith in their cause, of guiding the Full Moon to her uncertain fate. In her self-imposed solitude she managed to put together the pieces and accept her fate, after which she traveled to New York to seek the thirteenth. 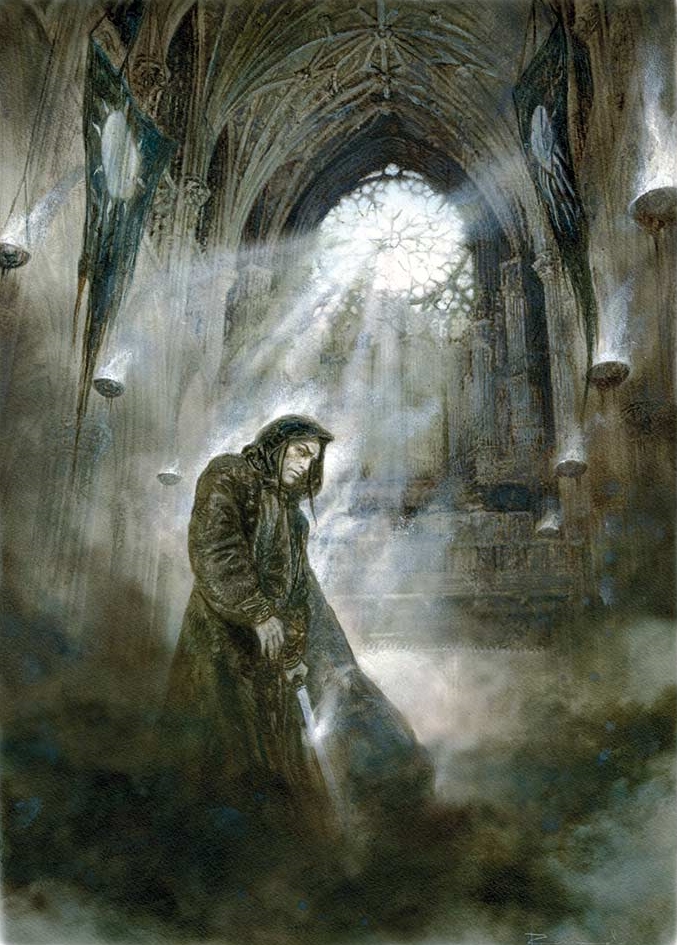 He is the guardian and Luz’s guide, teacher and known only by that name for her. He is one of the main Fallen or Lunar. His atavistic name is Baal. Baal was originally one of the leading marshals who supported Lucifer in his rebellion, almost his right hand and friend; therefore he is one of the most powerful Fallen as well as highest rank and one of the oldest. He is also one of Lilith lover’s, perhaps her most devoted lover. She is the one who orders him to take over the instruction of Luz for her fate. He is an old warrior reconverted out of necessity to a teacher and philosopher. 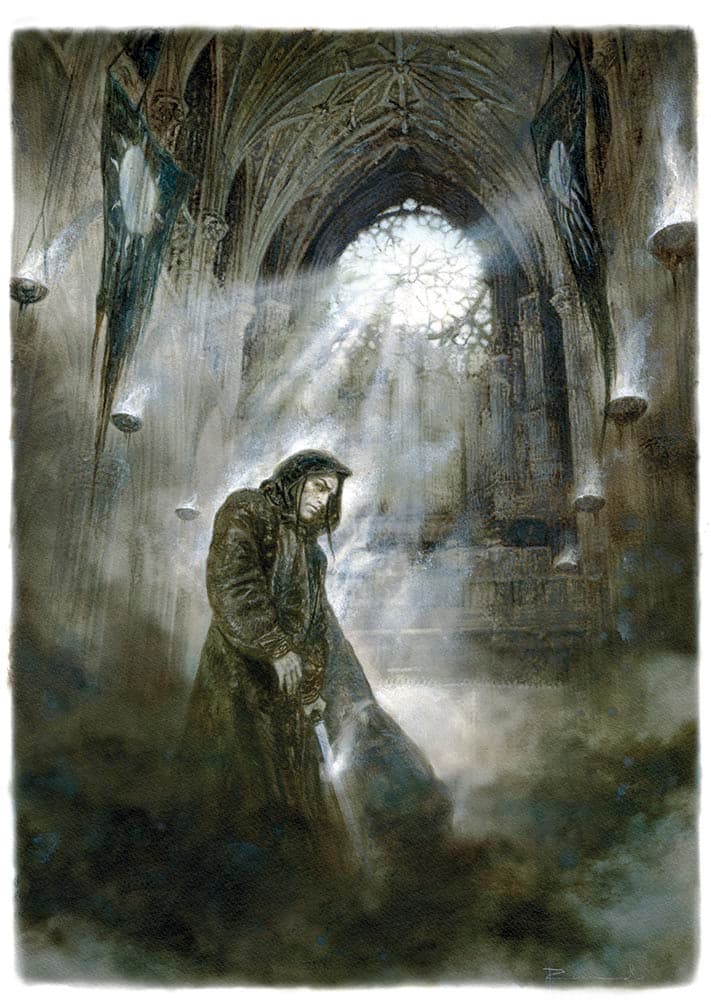 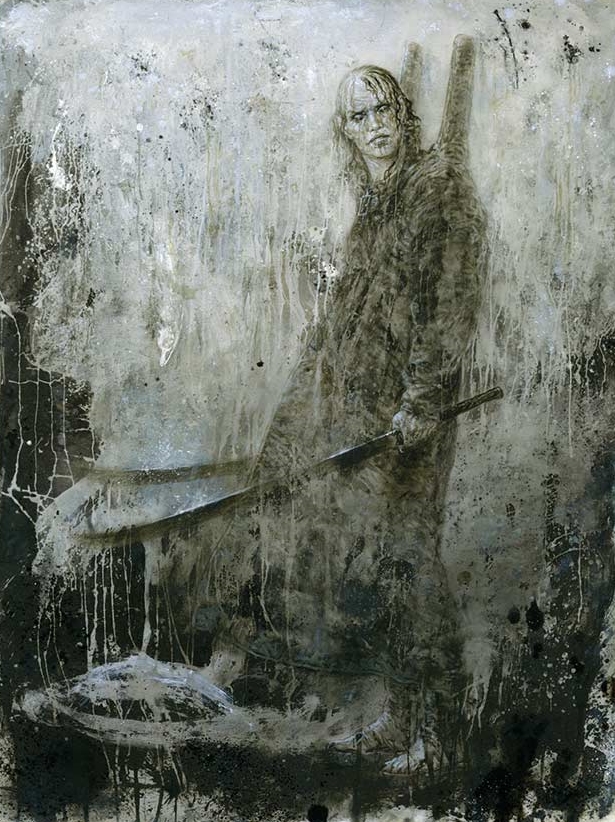 His name is Enlil but he responds to his atavic name Marduk, Main Babylonian God, Lord of Heaven and Storms. He was known by the Egyptian as Horus-Ra, the Phoenician world called him El, the Hebrew called him Yahweh. He was Odin for the Vikings, Zeus and Jupiter in the Classical world. The Christian tradition associates him with the Archangel Michael, General of Heaven. He is the highest-ranking representative of Celestials group. He is the symbol of the Masculine, the Sun and the Authority. His physical appearance is far from the representation of a powerfull bearded burly lord of heavens. 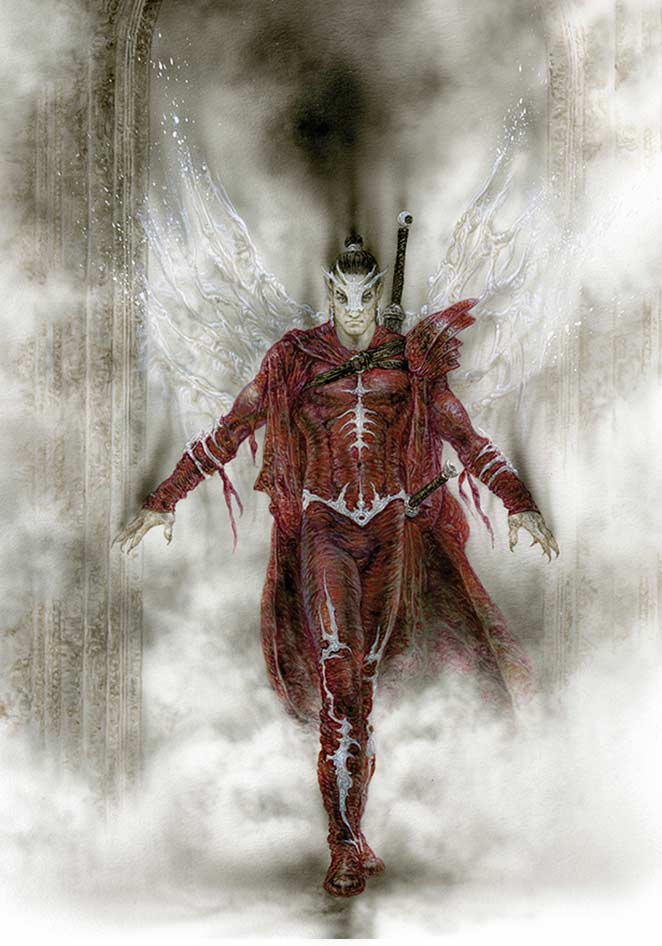 A sovereign sword was wielded by Lucifer against the Sun god in the first moment of the rebellion of Lilith’s followers. It is the banner of change, rebellion against imposition and immobility. It is a sword composed of many pieces, a unique artifact in which each part has its own symbolism. Its pieces are icons that would later serve as symbols of cultures and religions.

The sovereign sword was wielded by Lucifer against the Sun god at the beginning of the rebellion of the Lilith followers. It’s the banner of change, the rebellion against the imposition and stagnation. It is a sword made up of many parts, a single artifact in which each part keeps its own symbolism. It pieces are icons that would later serve as symbols of cultures and religions. 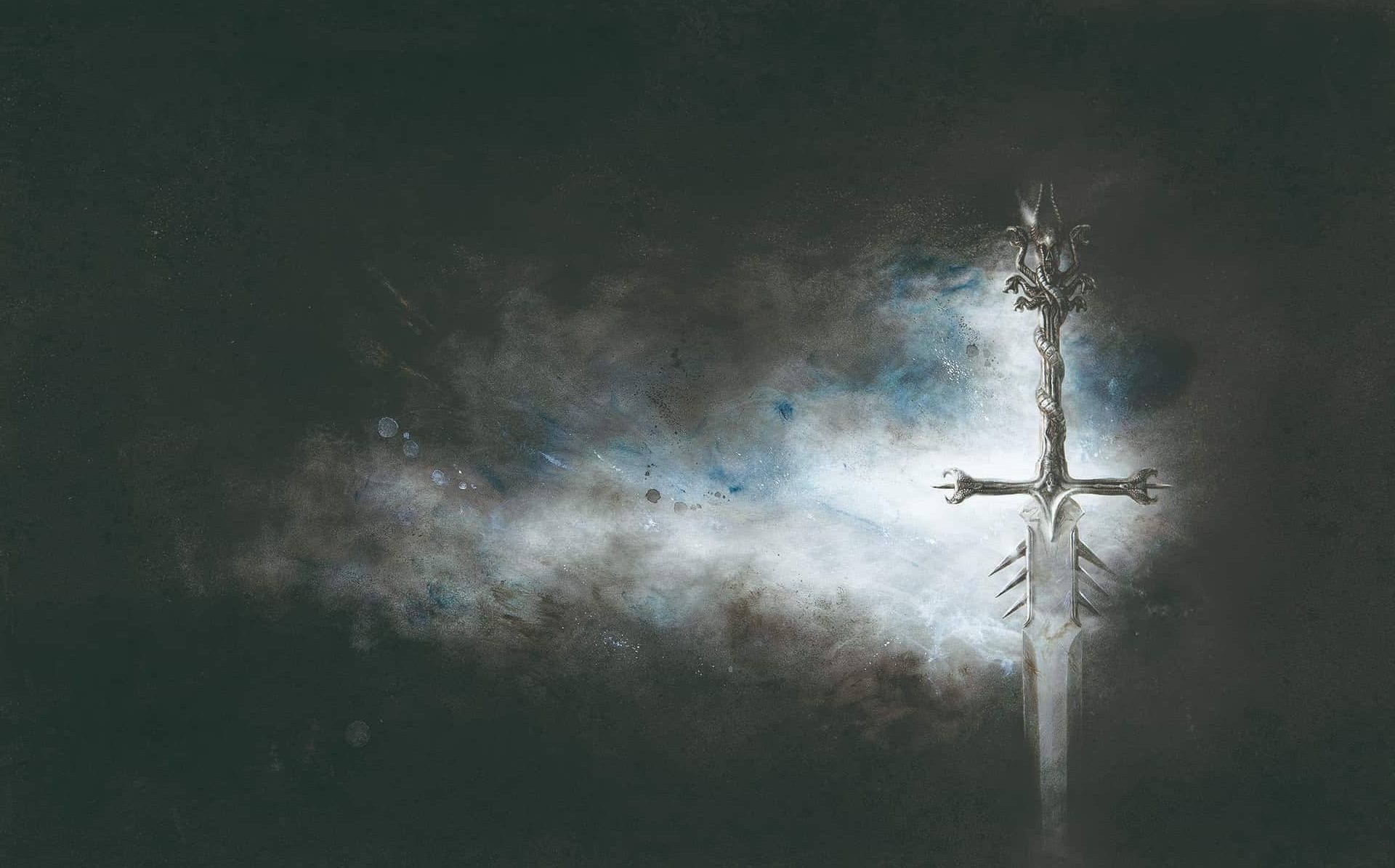 For centuries it has been lost and found again on numerous occasions. But as if a conscious and free will being, it manages to appear in the moments when needed. It must join Luz to give her it’s name. Without Malefic, Luz can not reach her destiny. Without Luz, Malefic can not fulfill its purpose.

The body of the grip is composed of a human skeleton on a cross, taking its body the handle and fitting open arms on the garrison. The Skeleton Man is the rebirth of man, redeemed only by death. The blade is wide and bright, of great length. It’s silvery sheen is so pure that it seems that the blade is made of moonlight.

The grip is completed with eight snakeheads, symbols of wisdom. At the same time, they are double-edged daggers, of various shapes and sizes. When mounted on the handle, two of the straightest daggers are coupled into the arms of the garrison. The pommel is a skeleton beast head, whose front two horns bent spiral arise, like of the ram. It is the animal skull of idol Baphomet, baptism of wisdom that unites East and West as the Templars believed. In the pommel of Malefic represents the masculine principle joining the feminine principle. Male fertility and fecundity of the Great Goddess.

Scroll to Top
We use cookies to ensure that we give you the best experience on our website. If you continue to use this site, we will assume that you agree with it.Acept